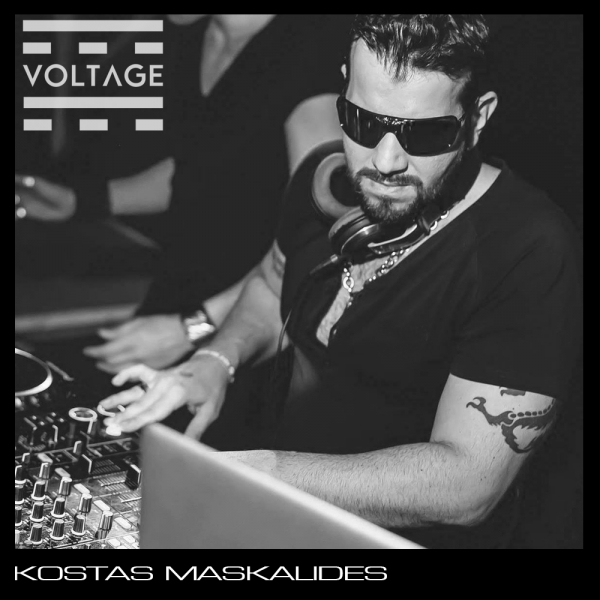 Greek techno maestro Kostas Maskalides has emerged as a master craftsman when it comes to modern dance music production.

Known for his ability to create chaos on any dance-floor, he has been captivating audiences across Europe by showcasing futuristic cutting-edge electronic music performances that set him apart from anything ordinary. It’s in the studio however where the real magic happens and the result of countless hours of work invested to tailor and master his own sound-craft which led him to produce pristine examples of brilliantly executed techno in the form of original production or remix. With a background of 20 years experience in the field of sound engineering Kostas began to produce in 2010. Deeply influenced by the industry’s legendary pioneers such as Alan Fitzpatrick, Gary Beck, Len Faki and Adam Beyer (to name a few), Kostas developed his own sonic signature, an extravaganza of obscure atmospherics, solid low end and raw fierce energy evident in his sound. His productions are constantly featured on every major techno podcast worldwide, played and supported regularly by the industry’s big players such as Joseph Capriati, Sasha Carassi, Umek, Tom Hades, Giorgio Gigli, Mikael Jonasson, Sven Wittekind and many more. Kostas is credited in the scene as one of Greece's best techno exponents, always pushing the envelope of innovation and diversity. With a strong focus and sheer lust for the ultimate in groove mechanics, Kostas Maskalides seems to be the name steadily rising through the ranks of the techno fraternity.