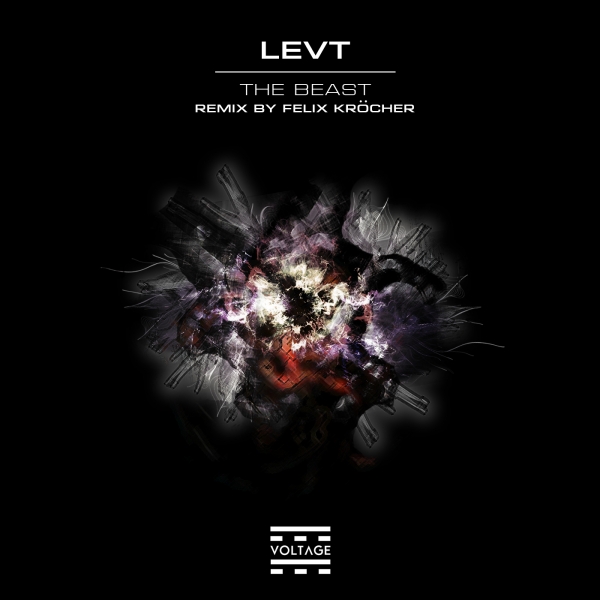 LEVT’s “THE BEAST” releases on VOLTAGE on June 3 including an electrifying remix by Felix Kröcher!

VOLTAGE Records welcomes German producer LEVT with an incredible original named “The Beast”.  This is a dark, intense track based on tonal fluctuations and a chord pattern that travels through a vivid rhythmical groove.

Melodic, consonant and harmonious, it flows through the listener creating amorphous sets of feelings, making positive and negative spikes of mood, generating a “perfectly imperfect” balance.

LEVT has created something really unique, something rare: A track that spawns images of time-lapse voyages in mind, a cinematic scent for a rhythmic soundtrack   that starts from a specific point of origin and ends at a precise destination.

This is a intelligent track, a mood affecting tune that will lock itself in your brain after you listen to it just for once.

Felix Kröcher’s work on the remixed version is simply electrifying! The accomplished German producer has created a sophisticated version of the original, taking it to new heights!

Nostalgic, moody and definitely intense, it approaches LEVT’s original composition in a different way. The musical elements combined in this ingeniously produced original maintain the original’s mood shifting patterns, but in this case the feelings are completely different.

The track “runs” throughout its duration and the breaks only give time to the listener to catch a breath up to the moment that the bass majestically returns to keep the tune in pace and rock the floor once more!

We care about all artists equally. This is the reason for which we are on a quest for the specific individuals who are willing to make a change and actually contribute to the scene. VOLTAGE puts up a roster of talented and experienced artists who are equally passionate about pure Techno and are willing to provide their best music for this cause.