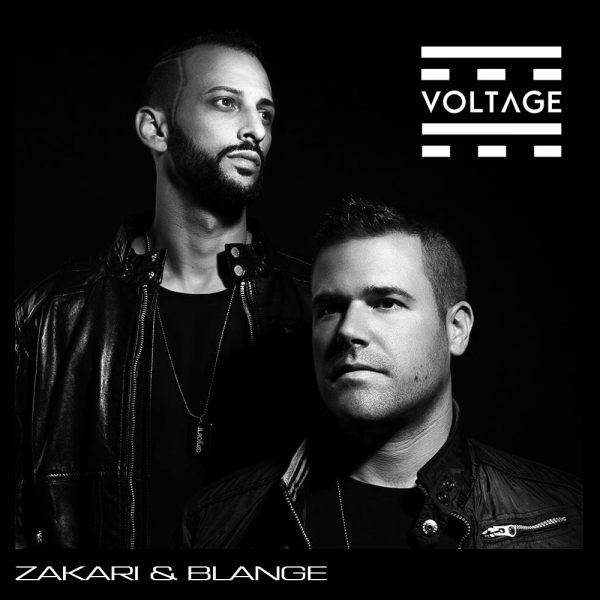 Zakari & Blange are definitely one of today's techno most diverse duo!

Zakari&Blange aka. Farid Zakari and Chris Blange’s allover technoid heartbeat pulsates right out of the depths of the Black Forest. Their symbiosis creates straightforward and, above all, authentic techno without any ifs or buts. A clear sound, that is turning peak time into a rush, catapults you straightforward through the night. Their intense productions are packed with rousing grooves, pumping beats, chords and slightly hypnotic melodies. Zakari&Blange merge Detroit influences with their own organic sound, creating an unmistakable timeless style that goes directly under your skin. With their successful releases on internationally known labels such as Phobiq, AnalyticTrail, Elevate and Funk'n Deep they always receive support from top-class acts like Adam Beyer, Carl Cox, Luigi Madonna, Richie Hawtin and Marco Bailey. Their driving DJ sets also hit the same score. Zakari&Blange combine energetic tracks and dizzying suspense into an uncompromising journey into the world of techno, staying true to themselves and their characteristic sound. Events like the Grenzenlos or SeaYou Festival go hand in hand with successful gigs in clubs like Lehmann Club in Stuttgart, the legendary Tresor or Ritter Butzke in Berlin as well as Rakete in Nuremberg. Since 2016, Zakari&Blange make crowds go crazy with their residency in Hans Bunte Areal in their hometown of Freiburg. Since 2017, they are represented by the agency Lehmann and look forward to many international gigs in 2018, such as Mayday in Dortmund, at Melkweg in Amsterdam and at Nordstern in Basel. Techno – Let’s go!