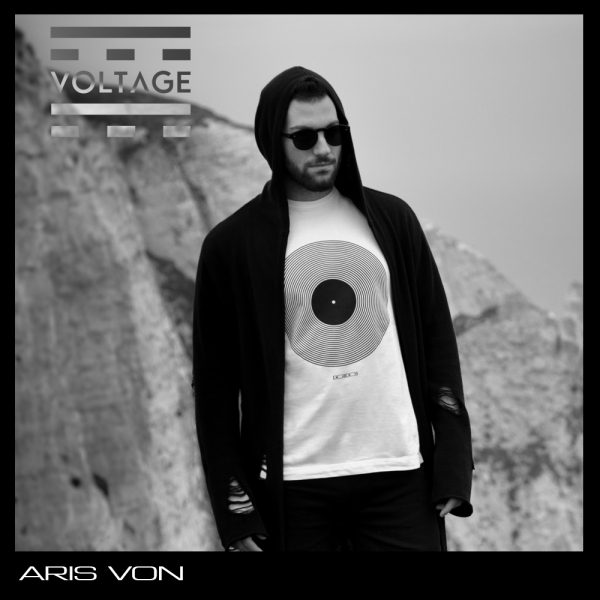 Aris Von became a well-known name fast in the city of Athens and the international underground scene of Techno. His residency in Dancing In gave him the chance to represent his thumping and groovy Techno successfully at each event. Always focusing on the crowd and the feelings of his mixes, he became one of Greece's loved club acts. He produces music that includes various elements, giving emphasis on Raw Techno, as well as, Housey and Deep Techno styles, creating a special sound which gave him full support from local and international artists!
As a DJ, he has also included some live elements to his show, presenting something new every time and challenging himself to push Techno to the limits, with well-inspired drums and melodies. He has appeared in most of the underground clubs of Athens and Brighton, and found himself in Amsterdam for ADE 2017 performing in 2 showcases, next to respectful artists such as Faithless, Spektre, Durtysoxx, Alberto Ruiz, Stephan Hinz, Kostas Maskalides, Darmec, Anna V., Avgustin, Mr. Deka and more!
In 2016 his first official release, “Fire” EP (Dancing In) took place, signifying the start of his producer career. Despite his young age, his passion for music and the tough work he has been willing to put in towards what he loves has started to pay off.
Since he moved to England, he started working on many projects, began to collaborate with talented international producers, discovered his musical identity and knowledge around the music industry, which helped him gain a larger fan base. All of this has increased his working pace and made him want to give all of his best for his believers and supporters.
In September 2017, he was announced as the A&R of the UK Brighton based label, Nightshift Records, owned by the rising Sami Kubu. His releases on respected labels such as Funk’n Deep Records, Frequenza Records, Black Kat, Oscuro Music, Mazzinga Records, PTNTR, Society Music Records, Maintain Replay Records and of course his own label Dancing In, have established him as one of the up and coming artists in the Techno world. 2018 finds Aris in his studio in the UK, finishing multiple new EPs, soon to be released on quality labels around the globe! SoundCloud: http://bit.ly/1GGBZmq Youtube: http://bit.ly/2oCjKyd RA: http://bit.ly/2hUG1zI Mixcloud: http://bit.ly/2hWdpJF Beatport: http://btprt.dj/2iHuLc3