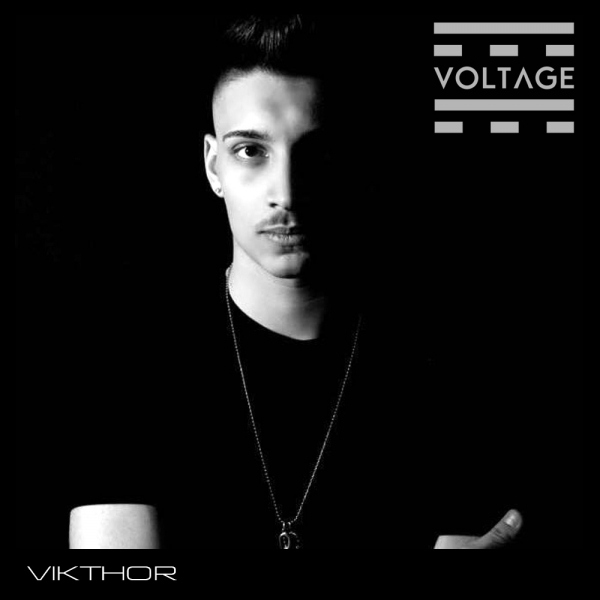 Vikthor, is an emerging artist hailing from the capital of techno in Italy, Naples

Vikthor is the stage name for Vincenzo Del Prete, a dj and italian producer, born in June 1994.
He started his career when he was thirteen and his first dj-set was in his hometown, Caserta, a city near Naples.

At the age of fourteen, he performed at club known as "Backstage".
His profession started with a fusion of his first disks Techouse acquiring experience in this job, and for this reason he played with a lot famous artists at consolle split.


His carrier as producer started when his first release was published by label known as DSR, Digital, Dope, Epiq.
“Rave”, Dubcore’s EP, rose in the chart Beatport’s Hard/Techno, in top 60.
“Doomed to Live”, another EP, was played also by other famous artists like Juliana Yamasaki and Spartaque in their set at “ADE”.

Vikthor was called by some radio, who would promoting his innovative sound.

In 2017, Vikthor signed on BlueCube (Nuria Ghia Label) and others.
He released his EP “Paranormal” (Finder Records’ Label) and it take the 67th on Beatport’s top 100.

On 30th January was released his first album “Individual” on “909 Individual”.
On February, an important german magazine, known as “Faze Magazin”, wrote an article on his EP , EP in collaboration with Giorgio Di Verbero.

“Concept” and “New Era” are rising in the chart, specially “New Era”, 11th in Trackitdown’s top 100.
Others success are “Strategy”, realesed on “Reflekt Record” (Fac3Off Label) , “Eternity”, are played by The YellowHeads and Spartaque many times, and “Mistero”, realesed on his label “909 Individual”, is played by international artist like “Umek”.

On 20th February was released his collaboration with “Lowerzone” appointed “Disco Roker EP” , are rising in the chart , specially “Disco Roker” 20th in Beatport’s top 100 for for more than a month.

In March 2017, Vincenzo, It bases its new name “Vikthor”, and has its first release on important label’s like : “Orange Recordings” (Steve Mulder label), “Reload Black” (The YellowHeads label), “Natura Viva Black” and again important collaboration and label, released in the coming months.