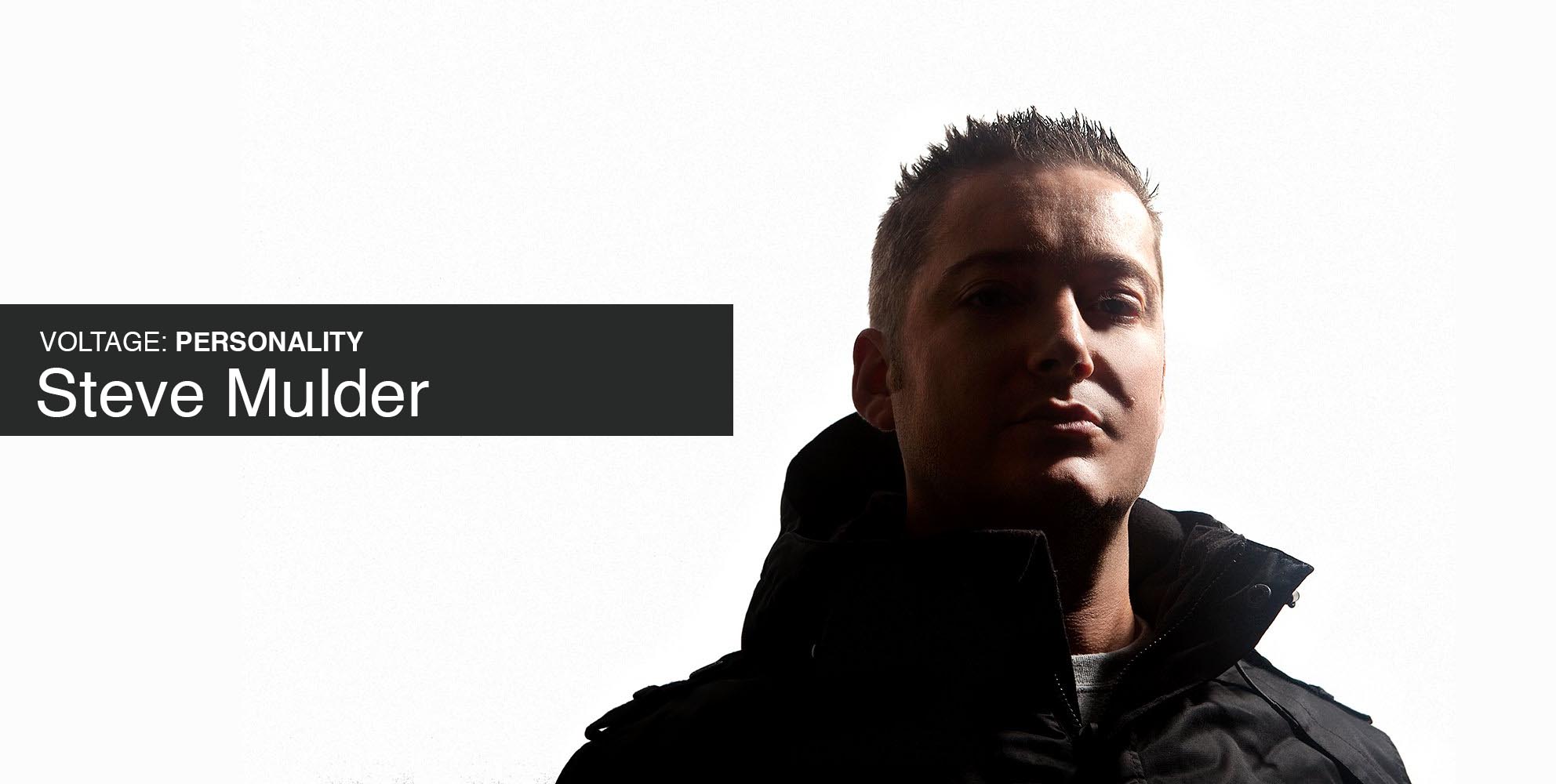 Head honcho of Orange Recordings, Steve Mulder is more than just an established artist on the scene. He's a person who offers motivation and support to younger artists challenging them to exceed their limits and pushing them towards unleashing their creativity. Here's what he shared with us in our first interview on our brand new section VOLTAGE: Personality.

Hello Steve, thank you for taking the time to talk to us!

No problem! Great to be on here!

Being your 12th active year in the scene, how would you say that it has changed over this time?

It definitely has changed. Back then there was no social media or what so ever. When you had talent there was a good chance you would get noticed / booked. Nowadays you have to be a media tycoon. Social media, the way you promote yourself online is unfortunately very important.

Social media boom + techno: What are your thoughts? Has it affected the genre in a good way?

I don’t think so. Like I mentioned in the previous question, I feel it’s the most important thing now. It’s ridiculous, it should be about talent, not about the amount of followers you have on social media.

What would be your advice in people making their first steps in techno now?

Music wise, It’s been said before but it’s true, do your own thing. Don’t copy others. It’s ok to incorporate ideas or samples from others (and NO I don’t mean complete loops here lol) but do your own things with it, create your own sound. And also build your online profile, be active on social media etc.

Being alive for 4 years, your label, Orange Recordings has grown exponentially and has rapidly taken it’s place among the important imprints of the scene. What is the secret behind this success?

Hard work, perseverance, believe in what you do. And I’m fortunate that almost all major players in the game play supported the Orange Recordings releases from day 1. Also I have respected artists like Carl Cox, Spektre, Spartaque, Rob Hes, JSPR to name a few, but also amazing new talents release music on Orange Recordings which helped build the label.

Is it true that you’re extremely picky with music on your label? What are you looking for inside someone’s demo submission?

I am yes. I have to feel the tracks. At the end of the day people look at me and judge me for what I release so I need to feel the tracks 100%. A lot of times I get sent great tracks but they’re missing that final element or elements that completes a track. A lot of times I try to help and tell them my thoughts on the track and if they’re open for suggestions, if they are, that's great and we can work onto a possible release, if not, I fully understand that as well.

Carl Cox is continuously supporting your music on almost every occasion  and you’ve released on Intec as well. How does someone achieve this? And how does it feel to have support from one of the most important personalities in the scene?

I know Carl for a long time and he supported me and my music from day 1. I won a dj contest in 2005 which he was the judge and we started talking and kept in touch over the years. I’m very fortunate and honoured to have his constant support. I had been sending tracks to Carl for a possible Intec release and one day he said let’s do these 2 tracks for an EP and I’m still very proud of that achievement! I’ve now signed my 2nd EP to Intec which is a collaboration EP with Giovanni Carozza.

How do you predict that techno will evolve over the next years? People are stating that trance and groggy elements are making a comeback, what’s your view on this?

That’s hard to say. But trance and progressive elements are definitely back already I think. And it’s good in my opinion. Who knows, maybe in a few years we go back to 130 bpm tribal techno!

More in this category: SPOT ON: Ramiro Lopez »
back to top